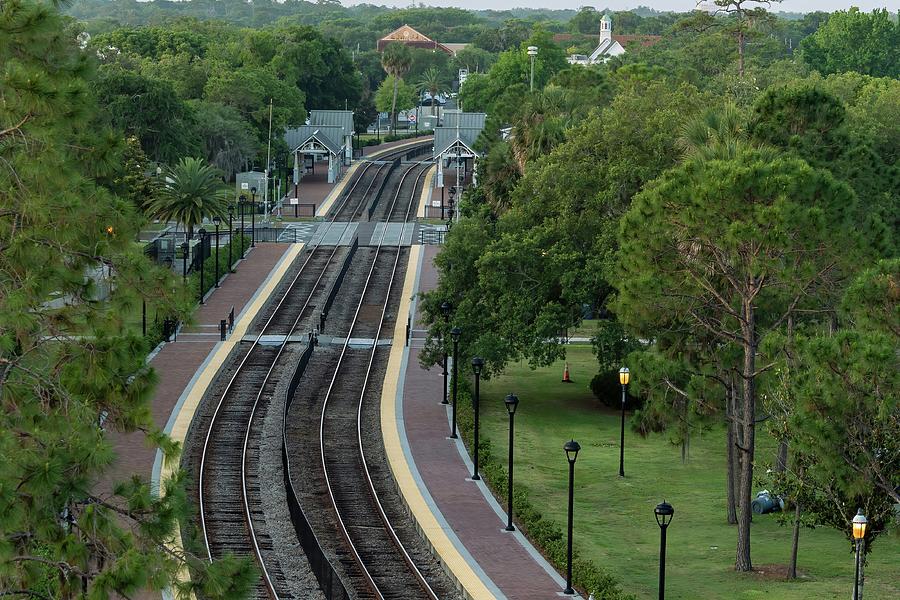 A view down the railroad tracks toward the Winter Park Railroad Station in Winter Park Florida. Built in 2014, it is the latest in a series of stations there starting in 1882. The station services the Greater Orlando SunRail system as well as Amtrack.

The tracks in the foreground pass through the town's Central Park. Wide brick paths and picturesque streetlights are alongside the tracks. Fully grown slash pines tower over the area. In the distance is the cupola of the First Congressional Church. The photo was taken from the top of the parking garage on Canton Avenue.

Congratulations on your entry in the Railroad Depot contest! voted l/f